The Science of Obscure Superheroes Part One: The Whizzer

Recently I gave a talk for the Reading branch of the British Science Association on the subject of the science of superheroes. It's a subject that's been covered a great deal elsewhere and so I wanted to approach it from a different angle. I decided to focus on the science behind some lesser known superheroes. I chose to discuss The Whizzer, Chunk, Matter Eater Lad, and the Red Bee. I looked at their powers and origin stories and tried to find parallels in real world science. I've adapted my talk into a four part article. This part is about The Whizzer. 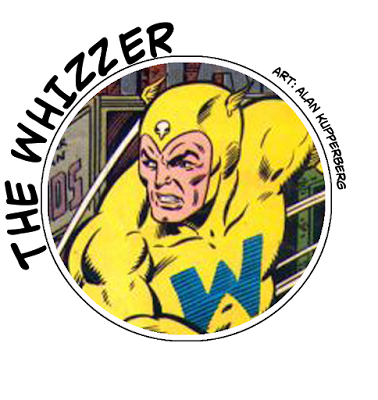 In the 1940s, The Whizzer was Timely Comics' super-fast answer to The Flash. He first appeared in USA Comics #1 (1941). Robert Frank was bitten by a cobra while on a trip to Africa with his father, Dr. Emil Frank. To save Robert’s life, Emil did what any caring responsible, scientist dad would do. He transfused the blood of a mongoose into his son’s body. Luckily this granted Robert the gift of super speed! He found he could run at speeds of up to 100mph, create cyclones by running in circles, and could run up walls and across water.  He of course, used these gifts to fight crime.

If the Whizzer sounds familiar to you it may be because a version of the character appeared in the second season of Jessica Jones. This Robert Frank was radically different from his comic book counterpart, although Netflix provided a little nod to his roots, by giving him a pet mongoose. 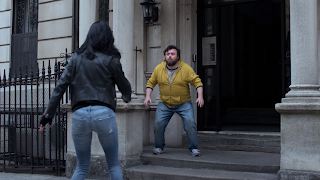 Robert Frank was the subject of xenotransfusion - the transfer of blood from one species into the veins of another.  But how plausible is the idea that humans can take on the characteristics of animals through the transfusion of their blood? Well, very plausible, if you happen to be a scientist from the 17th Century.

On June 15th 1667 a French physician named Jean-Baptiste Denys performed the first documented blood transfusion on a human. Denys bled a feverish 15 year old boy with leeches before treating him with a transfusion of lamb’s blood. The idea was that the calm, gentle nature of the lamb would be transferred to the boy. The boy survived, although this was probably only because Denys had transfused so little of the lamb’s blood into him. Denys had further success performing the same experiment again on a butcher. It wasn’t until he performed it on a third subject that he got into trouble. 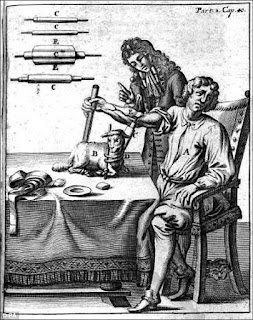 Antoine Mauroy was a mentally ill man, well known in Paris for terrifying the locals with his antics. Denys and his colleagues thought they might be able to cure Mauroy by replacing his “bad” blood with the “pure” blood of a calf. Mauroy was picked up off the street and forced to take part in the experiment against his will. Denys performed the experiment in the presence of a group of rich aristocrats whose hobbies included witnessing new and risky scientific procedures.  The experiment was performed a second time and appeared to actually have a positive effect on Mauroy.  According to science writer Pete Moore, there was a reason for Mauroy’s positive reaction to the transfusion that was peculiar to him. He had syphilis.

Mauroy’s white blood cells attacked the unfamiliar blood in much the same way as they would attack a disease. This caused a raging fever. Fever is a known treatment of tertiary syphilis. Two and a half centuries later, Julius Wagner-Jauregg would receive the Nobel Prize for treating syphilis by deliberately infecting patients with malaria. Denys had accidentally treated Mauroy’s syphilis!

After the second transfusion Mauroy went back to his debauched ways. His wife begged Denys to perform the procedure again, which he did. This time Mauroy died and Denys found himself on trial for murder.

You might be thinking “Serves the silly bugger right! This is what happens when you go injecting people full of cow’s blood”. But it wasn’t as cut and dried as it might have first seemed. It was later found that Mauroy had actually died of arsenic poisoning. Denys was let off the hook, and Mauroy’s wife was found guilty of poisoning his soup. It would seem that, in a plot worthy of Columbo, Mrs Mauroy had grown tired of her husband’s debauched antics and saw Denys’s experiments as a convenient scapegoat for his murder! Other historians have argued that Mrs Mauroy herself was a scapegoat and that enemies of the experiment murdered Mauroy in a successful effort to get the icky and ungodly practice of blood transfusion banned in Europe. Either way, it just goes to show that if you are going to practice risky, untested medical procedures then make sure you’re not performing them on a complete prat who everybody's trying to kill.

These days we know a lot more about the risks of blood transfusion. We know that even humans are not universally transfusion-compatible. Humans are divided into blood groups that determine who can receive blood from whom without suffering a severe immune reaction that can be fatal. That’s because our immune system senses molecules on the surface of red blood cells and reacts aggressively to red blood cells that don’t have the right kind of surface molecules. This is why when we receive blood transfusions our blood group has to match the donor blood. Our blood must have the same kind of surface molecules on its red blood cells as the cells in the donor blood.

These blood groups are not just limited to humans. They are also found in our close relatives in the animal kingdom, especially other primates. Theoretically you could receive a blood transfusion from a gorilla or a chimpanzee, if you shared the same blood group. You might wonder why we aren’t all getting monkey blood on the NHS. Well, there are still minor differences between the blood of humans, and apes, and we don’t know what effects these differences would have. Also, great apes are endangered and they’re not exactly easy to come by. 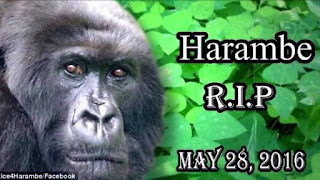 So, is there an animal alternative? And is it a mongoose!?

Xenotransfusion research is currently focusing on pigs rather than apes, and it’s not just because there’s bloody loads of pigs around the place. Pig’s blood is quite similar to human blood. Our red blood cells are about the same size and have the same life span as a pig’s red blood cells. There are other similarities too, such as the structure of the haemoglobin – the protein in red blood cells that carries oxygen throughout the body.

Pigs could also be genetically modified to produce red blood cells that are equivalent to human type O negative. O Negative blood cells are called “universal” meaning they can be transfused to almost any patient in need. O Negative blood is what patients are given when they need an emergency transfusion and there’s no time to figure out the patient’s blood type.

You might be asking yourself “Yeah, but what about the poor pigs?” Rest assured that if we were to use pigs for blood transfusions there would be no need for them to come to any harm. Only 10% of the pig’s blood volume would be used each time, leaving the pig in need of nothing more than a biscuit and lie down.

Due to the fact that kind humans are still willing to donate blood, and also due to advances in both the storing of blood and in getting what we need from it, it’s unlikely that any of us will be receiving pig’s blood transfusions any time soon. Even if we did however, the process unfortunately would not grant us the strength, speed, and agility of a pig. 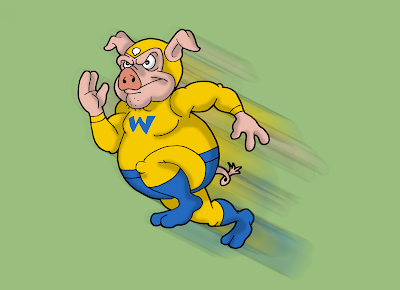