Superman vs the Alt-Right 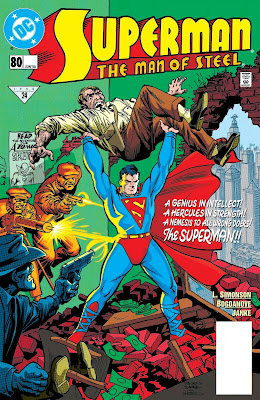 I was reading an old Superman storyline from 1999 today, where Superman finds himself cast into four separate realities based on different eras of his career in comic book history. I was struck by how relevant to today the chapters set in Superman's Golden Age were, particularly Superman: Man of Steel #80, by Louise Simonson, Jon Bogdanove, & Dennis Janke. In fact, for a comic made in the 90s and set in the 30s, it was scarily relevant. For example....

Here's some "patriots" taking the lying, mainstream, liberal media to task for their #FAKENEWS, and presenting them with some alternative news sources. 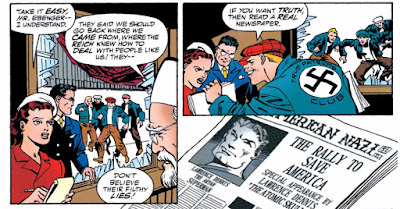 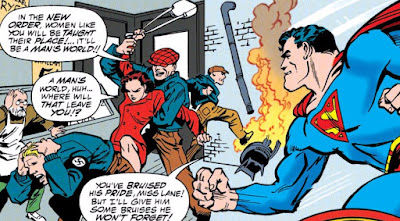 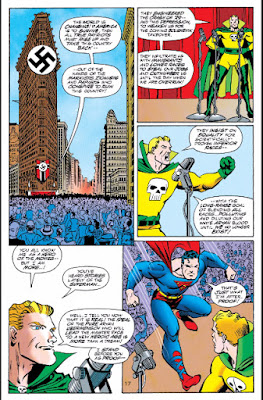 And here's how Superman deals with all that bullshit. 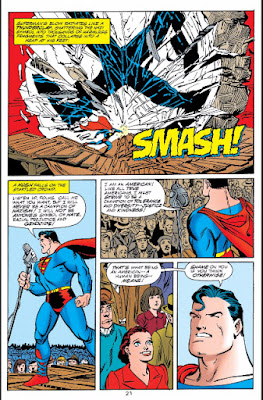 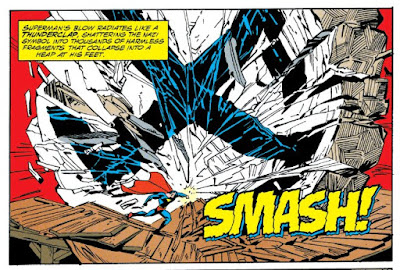