Tonight I was lucky enough to meet some genuine, real life heroes!

On 14 October 2012, Felix Baumgartner flew approximately 24 miles into the stratosphere in a helium balloon before free falling then parachuting to Earth. While falling Baumgartner became the first person to break the sound barrier, becoming the Fastest Man Alive! Truly, a real life version of Barry Allen, The Flash!

Baumgartner also broke the record for the highest altitude jump. This record was originally set by Baumgartner's mentor, retired USAF Colonel Joseph Kittinger, who also jumped from a helium ballon, in 1960! Kittinger is a fearless test pilot who is basically a real life version of Hal Jordan, Green Lantern!

Here's me with Felix Baumgartner: 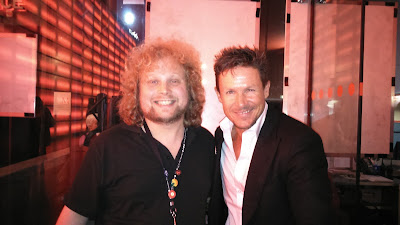 Here's me with Joseph Kittinger: 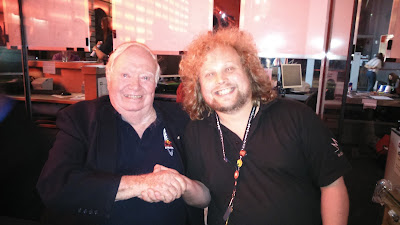 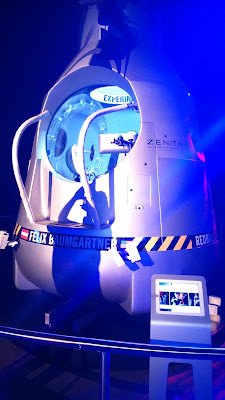 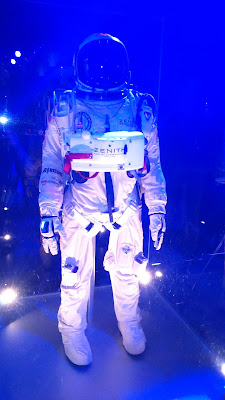 I was also lucky enough to meet Helen Sharman, the first Briton in space! Sharman travelled to the Mir Space Station in 1991. Here's my astronaut selfie: 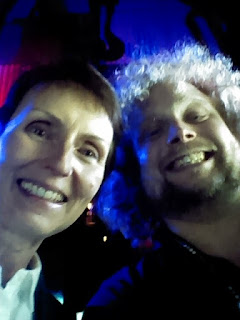 Very cool people! It was an honour to meet them.
No comments:

When I was a kid the Hanna-Barbera Fantastic Four cartoon was on at six on a Saturday morning. I didn't have an alarm clock so I made myself get up really early and then just watched Ceefax until it came on. Needless to say I can't wait for Josh Trank's Fantastic Four, so I made this.