This weekend I went to Collectormania 26 at the NEC in Birmingham and got my picture taken with Brandon Routh AKA SUPERMAN!


As you might imagine, he was really lovely. I attended his Q & A session on the Saturday and he was kind enough to answer my question. I asked him if there was any talk of creating a shared DC Comics Cinematic Universe while he was involved with Superman, and if he thinks shared cinematic universes are a good idea. He replied that he does think they're a good idea, if there are strong, well crafted relationships between the characters. He also said that there was talk of doing Batman v Superman after Superman Returns but that it wasn't a scenario he ever understood. He explained that as far as he was concerned, even if Batman got to a point where he felt that he needed to battle Superman, Superman still wouldn't let that battle happen. Routh went on to say that if he had been asked to play Superman in Man of Steel and Batman v Superman he would have either used what influence he had to change how Superman was portrayed or turned the project down. 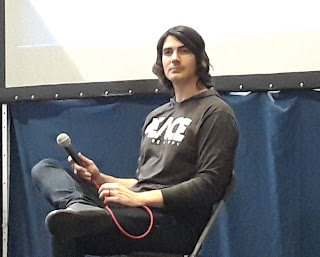 It was a real thrill for me to meet Routh, as I'm a huge Superman fan and a massive fan of Superman Returns. I went to see it twice when it came out in the cinema, and embarrassingly I even wrote an indignant letter to the Guardian when a columnist slagged the film off. Thankfully the letter wasn't published. I'm also a massive fan of Man of Steel and Batman v Superman, but it was nevertheless fascinating to hear Routh's thoughts.

As well as meeting Superman I also got my picture taken with Sophie Aldred, Frazer Hines, Wendy Padbury, and Mark Strickson, who played classic Doctor Who companions Ace, Jamie, Zoe, and Turlough. I also attended their Q & A sessions, an Allo Allo cast Q & A, and I met my favourite Doctor, Colin Baker again. Colin was kind enough to sign a piece of art I made of his Doctor. He assured me it was "not shite". I won't share it here as I've entered it into a BBC competition to design a t-shirt  but I'll post it next month as soon I know that I haven't won. I'm not too bothered about losing, as having my work proclaimed "not shite" by the Sixth Doctor is all the prize I need. 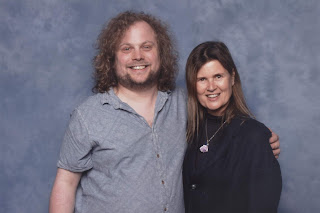 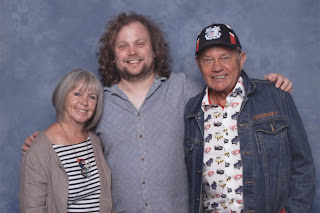 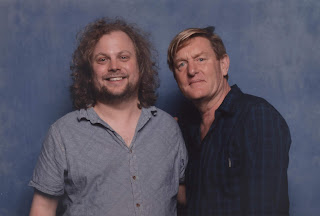