Avengers Endgame is an astounding cinematic achievement. It manages to be a coherent, satisfying film in its own right while also serving as the culmination of a number of stories that have been unfolding across 11 years and 22 films.

There's so much to love about Endgame, but my favourite aspect of it is the way it brings the story of Tony Stark AKA Iron Man to an end. In my opinion, this ending has come at exactly the right time, and it may even have set up the circumstances in which the next big character in the Marvel Cinematic Universe can emerge. 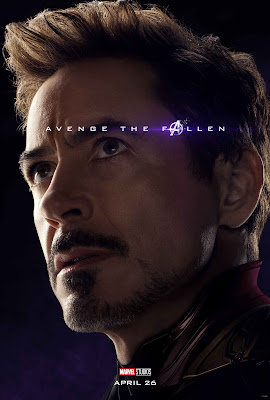 Tony Stark's cinematic story began in 2008 in Iron Man, the first film set in the Marvel Cinematic Universe. Throughout most of the next 21 films (even some of the ones he's not in) we grew to understand the context in which Tony exists, and had the pleasure of seeing him grow and develop as a character. We saw a selfish, narcissistic playboy become a man determined to take responsibility for his actions. In a way Stark weaponised his own narcissism, as he allowed the belief that he was responsible for protecting everybody on Earth become his primary motivation. Tony's efforts to protect the world led to the creation of the menace known as Ultron, and to a personal battle with PTSD. But ultimately he was able to fulfil his mission and atone for his past mistakes by sacrificing his life to save the world. Tony was played throughout all of this by Robert Downey Jr, who gave the most considered, nuanced, entertaining, and true to the character portrayal of a superhero since Christopher Reeve's Superman.

As much as I loved watching Tony's story unfold, his end was a timely one. In 2008, Tony Stark was the right superhero at the right time - the world was ready for a capitalist superhero who had made things worse in the Middle East but felt bad about it, and was now ready to save us all with technology. But now in 2019 a new generation has started to worry about wealth inequality and we've realised that the tech bros won't save us because they're basically Nazis. A millionaire playboy became the American president and it turns out he's just a revolting old man. The white guy redemption story has been done to death in films and TV and we've all started to move on from it. Tony's story has come to an end not a moment too soon.

So where does that leave the Marvel Cinematic Universe? What's next?

There's an account on Twitter that appears to have some kind of insider access, and has had some success in predicting what will happen in Marvel films. This account has predicted that the Thunderbolts will feature heavily in the next phase.

Don't worry, Marvel still has big plans for Zemo, Ghost, Justin Hammer, General Ross, and the Abomimation. The Leader is being discussed to return as the main villain of Thunderbolts, which is being planned as a trilogy. #marvelstudios #mcu #thunderbolts #baronzemo #avengers4
— Roger Wardell (@RogerWardell) December 5, 2018


In the comics, the Thunderbolts are usually depicted as a team of villains working as superheroes, either as part of an evil scheme, an attempt to find redemption, or because they're being forced to do so by the government. One character that has featured prominently in Thunderbolts comics is Spider-Man's arch-nemesis Norman Osborn AKA The Green Goblin. It's worth remembering that Osborn is a Spider-Man character and as such, Marvel may have not yet recovered the rights to him from Sony. But if they have, I feel that Tony Stark's death has created the right set of circumstances for Norman Osborn to emerge.


The trailer for the next Marvel film, Spider-Man Far From Home shows us a world that has placed Tony Stark on something of a pedestal. We see candles and graffiti left in gratitude to remember Tony's sacrifice. Spider-Man himself says "the world needs the next Iron Man."

What if this is a world that is scared after what it just went through in Endgame, and is desperate for the next Tony Stark to come along and protect them? What if this is a world that is so scared and desperate it will embrace the first charming, billionaire genius that comes along? What if that charming, billionaire, genius is Norman Osborn? Imagine Osborn, a petty, spiteful, greedy megalomaniac, playing on people's fear, cynically taking advantage of the situation the world's in, and setting himself up in a position of power. He could be a Tony Stark for the age of Trump.

Perhaps, just as the threat of Thanos and the events of Infinity War were set up in previous Marvel films, Far from Home and the films that follow it could set up Osborn and the Thunderbolts?

We could see Marvel taking on a critique of the very concept of superheroes. Putting all your faith in individuals is a dangerous business, because in all likelihood, they're not going to be Tony Stark, or Captain America. They're going to be someone who will hold on to any power you give them and eventually use it against you. This would be a pretty radical thread for a multi-billion dollar superhero movie franchise to pull at, but it's such a fascinating and relevant theme that I can't help but think that they're going to want to explore it.

Besides, the next big bad guy isn't the only thing that Tony Stark's death sets up. The events of Endgame have left us with a world that has experienced forces beyond their understanding meddling with everybody's life in a pretty huge way. Half of everybody on the planet died for five years before suddenly returning. It's not enough to merely defend the Earth from these forces, as the Avengers did. The world will need somebody to explore and understand these terrifying new frontiers.

Now if only Marvel had recently reacquired the film rights to a team of super-powered explorers of the strange and fantastic......


If you'd like to see me take a small part in a discussion of Avengers Endgame involving lots of clever people, head over to The Comics Cube!