John Byrne is one of the greatest comic book artists of all time and one of my personal favourite comic creators. A groundbreaking collaboration on Uncanny X-Men with Chris Claremont and work on Fantastic Four and Superman that defined the characters for a generation are just a few of his accomplishments. He is a genius.

He is also a deeply unpleasant man who embodies everything that's wrong with comic fans. Or at least that's how he comes across online.

When Byrne isn't angrily lamenting the fact that superhero comics aren't exactly how they were when he was a child he's usually slagging off everybody in the comics industry who isn't Stan Lee or Jack Kirby, or bandying the N word around in a conversation about speech bubbles, or saying Hispanic and Latino women with blond hair look "like hookers", or comparing trans people with pedophiles. You get the picture. Byrne seems to live for disagreement and conflict. On one hilarious occasion he accidentally started an argument with himself!

He can usually be found on his online Forum, surrounded by fans who fall over themselves to agree with everything he says. Those who dare disagree with the great JB are swiftly given the boot and banned from the Forum.

Byrne is currently working on a Star Trek comic that he illustrates by cutting and pasting old photos together. It seems that he's so passionate about keeping the fictional characters he loves exactly how they were when he first encountered them that he can't bring himself to even draw them anymore, (at least not in any form other than private commissions). It's a shame since he's a truly excellent artist.

In Star Trek: New Visions #7 Byrne demonstrated a level of self-awareness that I wouldn't have credited him with and cast himself as a cranky old hermit, threatening those who strayed on to his land with a gun. Amusingly this panel featuring Byrne the hermit seems to go nicely with pretty much any JB quote you'd care to fit into his speech bubbles (or is it balloons?): 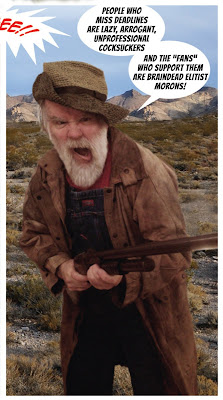 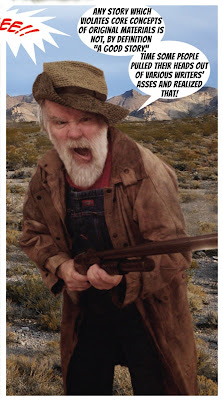 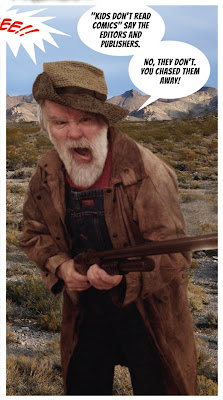 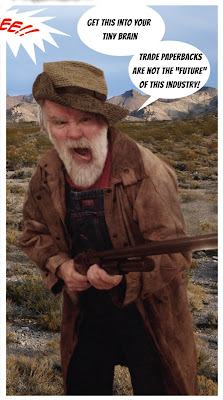 I recommend Byrne's Wiki-quote page for further insights into the mind of this fascinating, frustrating man.

I also recommend JohnByrneSays on Twitter. It's run by a brave individual who scours Byrne's Forum so you don't have to, and regularly shares Byrne's pearls of wisdom in tweet form. He also shares Byrne's amazing art on Tumblr, and is a thoroughly nice man, so give him a follow.

Of course you should also check out Byrne's work. His creator owned series, John Byrne's Next Men is fantastic. It explores the dark side of the super-hero and time travel genres whilst simultaneously celebrating everything that's fun about them. His early Uncanny X-Men work, his Fantastic Four run, and his work on Avengers West Coast and She-Hulk are pure superhero fun, and I've written before about how much I love his Superman work.

Check out his work, it's amazing, but it's probably best to give the man himself a wide berth. 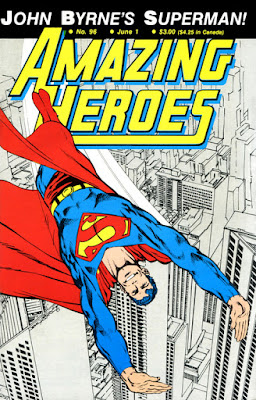 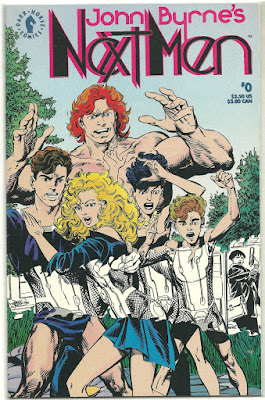 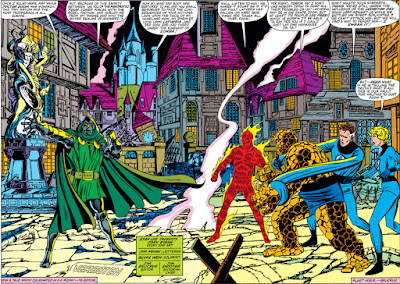 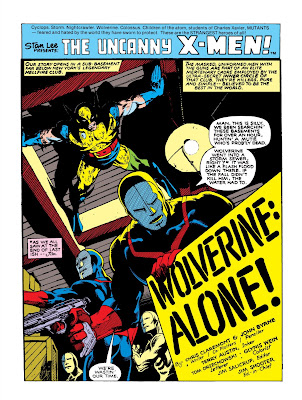