I asked an economist if he'd vote for President Superman 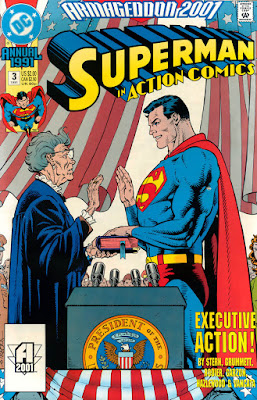 In Action Comics Annual #3 (1991) the time travelling super-hero known as Waverider takes a peek into Superman's future and witnesses the Man of Steel getting elected President in 2001. It turns out baby Kal-El was technically born on American soil as his Kryptonian Birthing Matrix opened up on Earth, and so he's perfectly entitled to run for President.

Waverider is investigating the possibility of Superman becoming the futuristic tyrant known as Monarch, and as a result the threat of him being corrupted by his new found political powers hangs over the story. Ultimately however Superman ends up being a pretty good President and leads the United States into a bright, hopeful future. 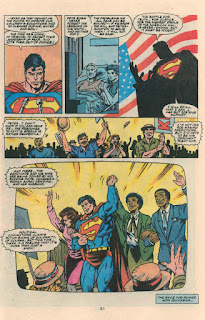 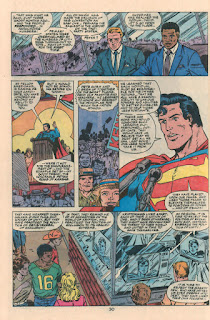 I was curious as to whether Superman's policies, as laid out in this story, would actually benefit the USA and the rest of the world in real life. Would Superman actually be a good President, or would he be just as crappy as all us lousy humans at deciding the world's fate?

And so I asked a respected economist!

John Phelan has a MSc in Economic History from the London School of Economics. He is a Fellow of The Cobden Centre and has written about economics and politics for The Wall Street Journal, The Wall Street Journal Europe, Standpoint, Economic Affairs, Conservative Home, London Student, City AM, Global Politics and openDemocracy.

He almost certainly has better things to do but nevertheless kindly allowed me to grill him on what effect a fictional alien would have on the US economy!

Me: John, while in office Superman begins to solve America's economic problems by salvaging US gold lost at sea. Aquaman helps him of course.

John: Why would finding a load of gold help? I'd need to know more, but if it's for monetary use, all you'd have would be inflation - look at the Spanish Empire. 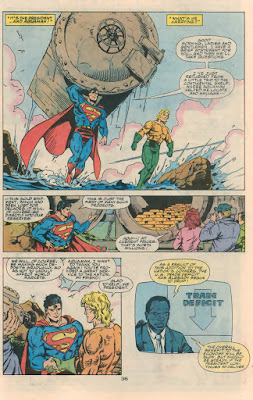 The comic says that it's part of Superman's "all out war on the deficit". It also claims that adding the Gold to "the Nation's coffers" causes "the US trade deficit to drop". It says "the overall benefit to the economy will be slow but should be steady if the President continues to deliver."

So the gold goes into 'reserves' and becomes part of the monetary base of the United States. Depending on what the bank(s) holding these reserves do, they either sit on it, in which case it has no effect at all, or they use as a base to expand credit, in which case you just get rising prices.

I don't see how it helps the deficit. The US could, I suppose, use it to pay its expenses and avoid some borrowing, but, again, that would just be inflationary.

As I say, the Spanish Empire grabbed America and all the gold therein. They thought they were sorted because they had lots of new money. But they didn't have lots of new stuff to spend it on so prices just went up - inflation. They sank back as a world power after that. That's a pretty exact example of just this happening.

Again, though, I fail to see how a bunch of new gold would help. You ship it abroad to cover the trade deficit? Might work for a couple of years, then what?

Superman says "we will of course be making such deposits gradually so as not to affect world markets."

Gradually? Supes has just announced the find to the whole planet! The gold price would crash in anticipation of the full amount coming on the market even if just a little bit actually was released.

President Superman launches orbiting solar power stations that "free us all from the economic tyrrany of fossil fuels". He "diverts petro-chemicals into the manufacturing of useful, long lived, recyclable products". He also shares the solar tech with "the developing nations of the world".

What were the resources which Supes puts into making these "orbiting solar power stations" doing before? Making cars? Beds? Jenga? The price of all those things will rise and less of them will be consumed. You might think this worthwhile, that's a positive rather than a normative question. 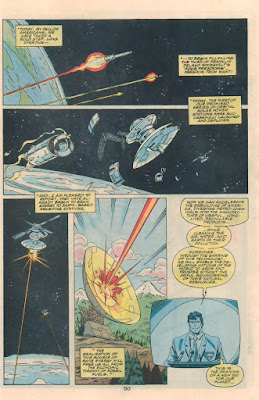 Do you think sharing his solar satellites with developing nations so they can, in Superman's words "grow and prosper without the awful squandering of their natural resources" would work?

Possibly, but it depends on what basis. If you give the same amount of power to someone in Ghana and someone in the US, the Ghanaian is going to have a load of excess power and the Yank is going to find their life grind to a halt.

President Superman is shown learning the language and Holy scriptures of other world leaders while negotiating with them. (The narrator of the story acknowledges that despite Superman's attempts at peaceful negotiation there is a threat implicit in the fact that he's so powerful.)

Best of luck to him.

Does Supes have powers that would enable him to learn a language quicker than an Earthling?

In the 1950s and '60s he had a super-memory, but by the '90s he was a little less powerful so I think it would take him the same time as us to learn them.

Well, economists often think in terms of constrained maximisation - you have a set amount of money and you have to allocate it between a set of different things so as to maximise your satisfaction (utility, in the jargon) derived from those different things. But we aren't just money constrained, we are time constrained as well. We have a fixed amount of time, a budget, to allocate between different activities so as to maximise our utility. Now, if Supes could learn another language in an instant, he might as well do so. But if he can't, if it takes time, then he has to spend time on that that he could be spending on something else - foiling Lex Luthor's plans, for example. If Lex Luthor, or some as dastardly, was up to something heinous, would it not be a more sensible allocation of Superman's time budget to foil that scheme and leave the translation to some spotty graduate with a BA in Arabic? Opportunity cost is, perhaps, the key thing there. 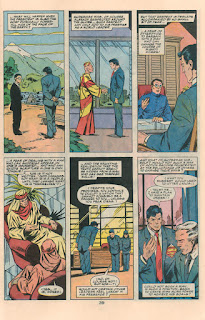 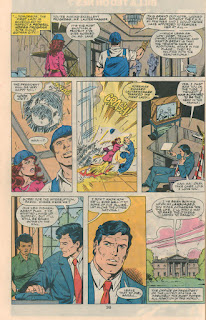 Superman also has a policy of global disarmament enforced by an army of superheroes!

Yeah, that one's a bit scary.

That's why I liked Batman. 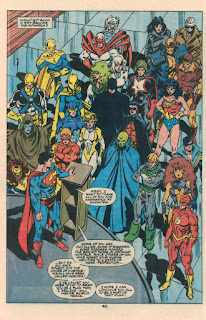 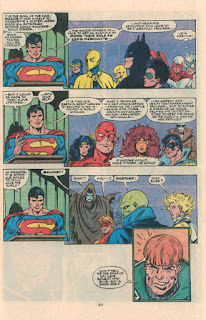 What did you think of that panel where Lex Luthor gets arrested after that guy with a wire records him plotting? Is that even legal?

Depends what he's plotting, Luthor is an evil chap. But it is all very creepy to a libertarian type like me. Every loon from Plato on has longed for a race of super beings to rule us base mortals. Trouble is, absent super beings, other base mortals end up trying to do it and you end up with some of the darkest episodes in human history. 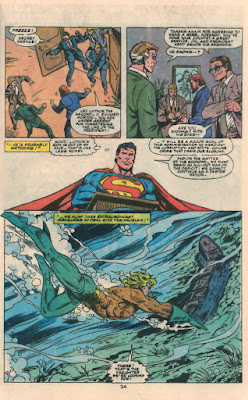 Would you vote for Superman based on these policies? What party do you think he would belong to?

He's obviously a Democrat of the Bernie Sanders stripe, or a sort of William Jennings Bryan Populist. Whether I'd vote for it would depend on who else was running, but it would take a hell of a lot for me to vote for this stuff.