A DC Rebirth Theory: Why are there two Supermen?

In 2011 DC Comics revamped their line of superhero comics under the New 52 banner. Superman became a younger, slightly more lonely & aggressive hero who was no longer married to Lois Lane. This year DC are shaking up their continuity once again, and this time they're calling it DC Rebirth. The previous version of Superman is back, along with his wife Lois and his son Jon, and New 52 Superman is dead! As of last month, DC's main Superman is not just a strange visitor from another planet, he's a strange visitor from a defunct timeline too! Is this the permanent status quo for the Man of Steel? Will New 52 Superman ever return? And how does the mysterious Mr Oz fit into all this?

In Superman: Men of Tomorrow (2014) we saw a mysterious gentleman named Mr Oz observing New 52 Superman's actions. During the course of his cryptic monologues he claims to have taught Superman in some way. 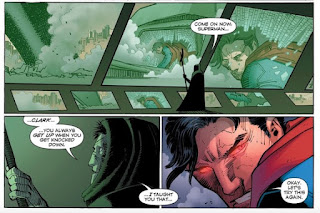 At the end of that storyline Mr Oz sends a notebook to Clark Kent with a Superman symbol on the cover and empty pages within. 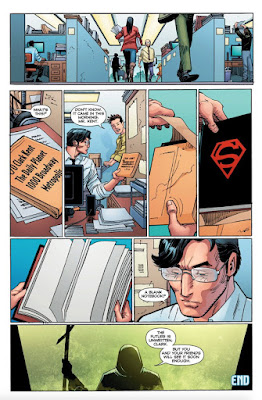 In DC Rebirth #1, following the death of New 52 Superman, Mr Oz appears before pre-New 52 Superman and tells him that he and his deceased counterpart are not what they seem. 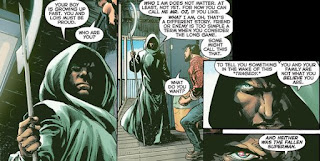 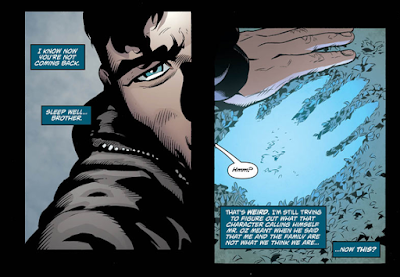 Several clues in DC Rebirth #1 have led many to believe that Mr Oz is actually Ozymandias from Alan Moore and Dave Gibbons' Watchmen, and that Watchmen's Dr Manhattan is actually responsible for the creation of the New 52. But what's interesting is that this act of "creation" didn't actually seem to involve making a brand new timeline. In DC Rebirth #1 we discover that rather than being a separate timeline the New 52 is in fact an altered version of the previous timeline. Characters memories of the previous timeline are beginning to return, and the original version of Wally West AKA The Flash has appeared, claiming that he and his fellow superheroes have been robbed of ten years! This raises a big question. How are there two Supermen, one from the New 52 and one from before the New 52, if the New 52 is actually the old timeline but with a few alterations? *

The obvious answer is they're both the same Superman! 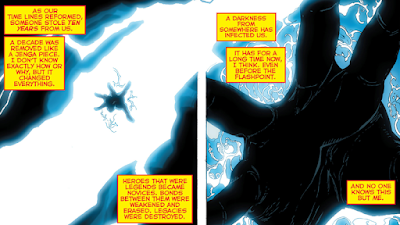 Perhaps Mr Oz has been battling against the force that removed the ten years? Perhaps he has been somehow teaching or manipulating young Clark to ensure he becomes the version from the ten year gap. The empty notebook was sent as a clue. The future is unwritten because the future (that ten year gap) has been stolen! Could the blue handprint be a sign that the missing ten years is returning and that Superman is placing his hand on the grave of his younger self?

I predict that the whole Rebirth arc will end with the resurrection of New 52 Superman and the reinsertion of the ten years into the timeline, enabling New 52 Clark and Lois to grow naturally into their older counterparts. This solution would please everybody. The adventures of New 52 Superman still "happened" but he eventually married Lois and had a son. Everybody wins!

What do you think? Am I right? Am I talking bibble? Leave a comment and let me know what you think. 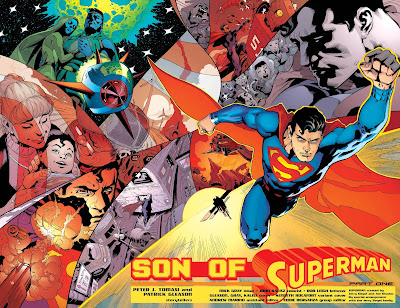 *Originally we were led to believe that the Flash (Barry Allen) created the New 52 by messing around with time travel in a story called Flashpoint. But perhaps Flash's meddling only created minor changes (costumes, origin details etc) and Dr Manhattan took advantage of this instability to make bigger changes and remove ten years. This would explain why Wally West's memories in Titans Rebirth #1 differ slightly from the pre-Flashpoint DC Universe.