Recently I gave a talk for the Reading branch of the British Science Association on the subject of the science of superheroes. It's a subject that's been covered a great deal elsewhere and so I wanted to approach it from a different angle. I decided to focus on the science behind some lesser known superheroes. I chose to discuss The Whizzer, Chunk, Matter Eater Lad, and the Red Bee. I looked at their powers and origin stories and tried to find parallels in real world science. I've adapted my talk into a four part article. This part is about Matter Eater Lad. 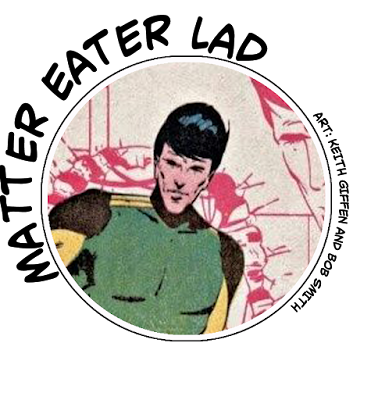 Matter Eater Lad first appeared in Adventure Comics #303 (1962). In the 30th Century, Tenzil Kem was sent from the planet Bismoll to represent his home world in the Legion of Superheroes. On Bismoll microbes had made all food inedible, and so the Bismollians evolved the ability to eat all matter. Matter Eater Lad can eat any amount of any substance at super-speed. Writers have struggled to find anything for Matter Eater Lad to do over the years – there’s only so many times you can have a character escape a cage by eating the bars. As a result he is often written out of the stories by being drafted into his home planet’s political system. It’s a literal case of  “I have to go now, my planet needs me!” 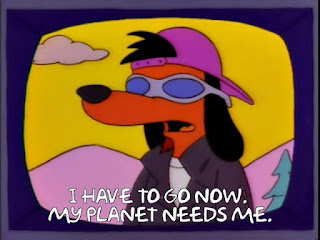 When I first started to consider how Tenzil’s powers might work in real life I thought I might find the answers with goats! Like a lot of people I was under the impression that goats could eat the shirt off your back if they wanted to. Could Matter Eater Lad be a kind of human goat?

In actual fact, no he couldn’t be. The idea that goats can eat anything is a myth. Goats are in fact incredibly picky eaters. The idea that they’ll eat anything comes from the fact they are browsers. They will root through their potential meals to find whatever they think will give them the most nutrition, even if it means digging around in rubbish. A goat may well rip the shirt off your back and have a chew on it but they would probably spit it out after a while once they’d decided there was no goodness to be had from it. 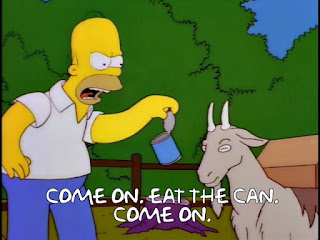 Matter Eater Lad may not be a goat-man, but there is another member of the animal kingdom who echoes his abilities.

Crocodilians, a group which includes alligators and crocodile, are far from picky eaters. Crocodiles eat fish, amphibians, crustaceans, molluscs, birds, reptiles, and mammals, and even smaller crocodiles. Certain types of crocodile have been known to eat, sharks, wild boar, big cats, elephants, and hippos. Young alligators and crocodiles have been observed eating up to 23% of their bodyweight in the lab in just one sitting. That’s like a 70 kilogram (or 11 stone) person eating a 17 kilogram (or 3 stone) turkey in one meal. There have even been seeds found in their poo, suggesting that they also eat fruit! They can and will eat anything and they don’t leave leftovers. If you're feeling particularly brave type "Crocodile eating" into Youtube for some examples. 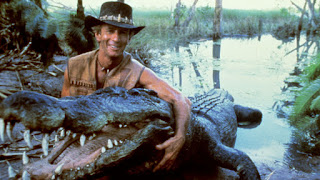 Crocodiles have evolved sharp teeth for piercing and holding onto flesh, and powerful muscles to close the jaws and hold them shut. They have the strongest bite of any animal. But it’s their hearts and their stomachs that really make them such successful eaters.

Crocodiles have the most acidic stomach of any vertebrate. It can close off a part of its heart on the right side and use a part of its heart on the left side to flush blood loaded with carbon dioxide from its muscles directly to its stomach. This makes its blood supply extra acidic, which in turn makes it much easier for the stomach lining to secrete more stomach acid to quickly dissolve a lot of flesh and bone.

Crocodiles’ stomachs are also divided up into two sections. The first section is a muscular pocket where the crocodiles keep any rocks that they might eat. All the hard bits of their prey tend to remain in this area of the stomach for a few days at a time. Once the bones are thoroughly crushed, they transfer over to the next section of the stomach to finish up the digestion process. This process, combined with the acidity of the stomach, means that every single part of the crocodiles’ prey gets digested, including bones, horns, scales and hooves.

Matter Eater Lad could well be a sort of grotesque crocodile-man, if he actually existed. It’s worth remembering though, since crocodiles get so much from their prey, they don’t need to eat as often as other animals. Crocodiles usually eat about once a week, although they have been known, in extreme situations, to live off their own tissue for up to three years. If Matter Eater Lad was a human crocodile, you’d have to hope that he hadn’t eaten recently if you expected him to free you from a cage by eating the bars. Or on second thoughts maybe it would be better if he had eaten recently, just in case you started to look particularly tasty to him. 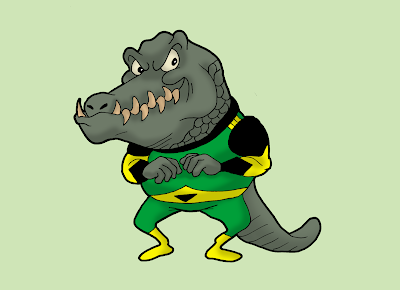