Doctor Who: The 13th Doctor, a change too far? 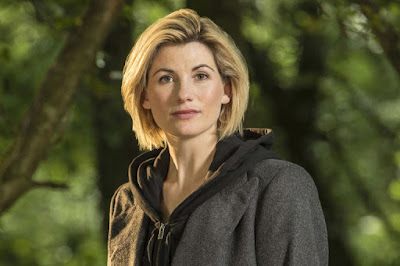 “I want to tell the fans not to be scared by my gender. Because this is a really exciting time, and Doctor Who represents everything that’s exciting about change. The fans have lived through so many changes, and this is only a new, different one, not a fearful one.”
Jodie Whittaker, The Doctor

The 13th incarnation of Doctor Who has been announced! Jodie Whittaker will replace Peter Capaldi as The Doctor at the end of this year's Christmas special. As you might expect there's a lot of unhappy fans online, but I'm pleased to say I'm not one of them. I couldn't be more excited. Having said that I can kinda, sorta understand their discomfort, even if I do think they're daft. After all, the show itself, or rather it's lead character, has always had a funny relationship with the concept of change.

Even before it's producers came up with the genius concept of regeneration to explain the recasting of their ailing star, Doctor Who was a TV show that thrived on change. A new setting and a new story every four to six weeks. Sometimes it's a period drama, sometimes it's hard sci-fi. Sometimes it's a fantasy adventure, and sometimes it's an emotional melodrama. All of time and space to explore, anything and everything. The only limits are the imagination of the creators and the size of the BBC's budget. And yet at the heart of all this we had the Doctor, a character who, despite all his assertions to the contrary, clearly hates change.

On the few occasions we've seen other Time Lords either discussing or experiencing regeneration they've always seemed to take it in their stride. In Destiny of the Daleks (1979), Romana is shown casually trying on a few different bodies before settling on her second incarnation. Recently, in Hell Bent (2015), the General is seen regenerating from a man into a woman (after being shot by the Doctor!) before shaking it off and carrying on with her job. 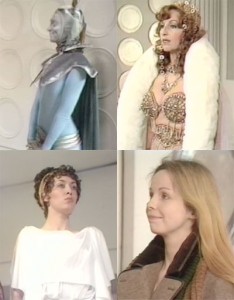 The Doctor on the other hand usually takes his regeneration in a less than heroic fashion. In Logopolis (1981) the Fourth Doctor spends four episodes in a foul mood after a ghostly watcher warns him of his impending doom. The Tenth Doctor, in The End of Time (2009 -2010), weeps and rants before finally sacrificing himself to get Bernard Cribbins out of a cupboard. Famously, his last words are "I don't want to go!" Each regeneration is usually followed by at least one episode of traumatic after effects. These after effects have included being comatose for most of the episode, an uncontrollable desire to throttle his companion, failure to distinguish between his companion and a villain in a wig, and having to be carried through a forest in a cupboard. 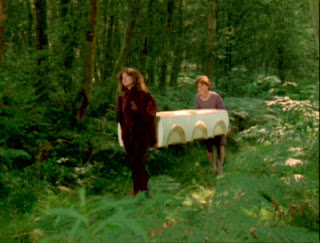 The Doctor's aversion to change isn't just evident in his attitude to regeneration. He also has trouble saying goodbye to his companions. He has a history of abandoning his companions rather than putting himself through the heartache of them abandoning him. His own granddaughter, Susan became the first companion to suffer this fate in The Dalek Invasion of Earth (1964), while Sarah Jane got booted out of the TARDIS at the the end of The Hand of Fear (1976) under the flimsy pretext of the Doctor's home planet having a 'No Humans Allowed' rule. Whenever companions leave of their own volition the Doctor usually responds either with a sulk, a strop, or a cry. The Chase (1965) sees the First Doctor responding to the departure of Ian and Barbara with childish anger. The Green Death (1973) ends with the Third Doctor having some sulky alone time in his car, Bessie after Jo Grant leaves him. When Rose Tyler gets trapped in a parallel universe at the end of Doomsday (1996) the Tenth Doctor is devastated and never truly recovers, even after he meets her again a couple of years later and leaves her with a weird, human doppleganger of himself. 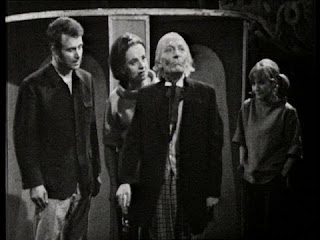 Let's also consider the TARDIS. The exterior has been stuck in the form of a police box since the very first episode in 1963, but he only makes one half-arsed attempt to fix it in Attack of the Cybermen (1985), and in Doctor Who The Movie (1996) he admits "I like it". The iconic white console room with the roundels on the wall is shown in Hell Bent to be only the default setting for a TARDIS, but apart from a brief period in a wood paneled version during his fourth incarnation, the Doctor sticks with that same basic theme (with some slight alterations) for his first seven incarnations.

There's also the matter of the Doctor's clothes. While he does occasionally vary his wardrobe, particularly in recent years, we are still talking about a man who will wear the same outfit for literally hundreds of years. 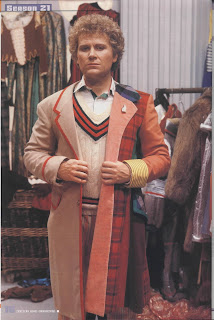 The Doctor talks a good game about his "life like crazy paving", but looking at the evidence it's impossible to deny he is absolutely terrified of change. Small wonder then that so many of his fans are equally terrified of anything new and different. I've certainly taken comfort in the cosy, familiarity of Doctor Who. New jobs, new homes, and new relationships are unavoidable in life but the monsters, the blue box, and the father/brother figure within are always there. But like most things in life, if the Doctor doesn't change he will die. That is literally what Time Lord regeneration is all about, and it's also true of the show itself.

Before Doctor Who came back to our screens in 2005 the public perception of the show was that it was a kitsch and dated, if fondly remembered, remnant of a bygone era. Your average person on the street knew little about the ambitious scripts of Season 26, and nothing about the mature themes and situations dealt with by Virgin's series of New Adventure novels. For proof of this look no further than the casting rumours that haunted the '90s and early noughties. As late as 2004, Paul Daniels and Shane Richie were being discussed in tabloids as potential Doctors.  Russell T. Davies changed all that when he cast Christopher Eccleston as the Ninth Doctor. The casting of an acclaimed actor like Eccleston was a statement. It said "We're serious about this." It changed how people thought about Doctor Who. 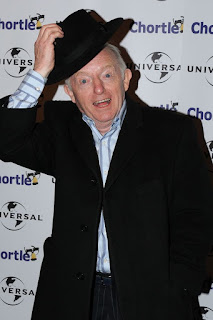 I would argue that we're at a similar point today. The recent storylines have been, for the most part, very good, and Peter Capaldi is a truly excellent Doctor, but after 12 years back on our screens and 7 years under head writer Steven Moffat, Doctor Who has become a bit too predictable, at least in the eyes of the general public. This is evident once again in the rumours surrounding the casting of the new Doctor. The main name bandied around for the past few months has been Kris Marshall. Marshall is a decent enough actor, but he's most famous for playing Robert Lindsay's gormless son in dreadful sitcom My Family, a gormless sex pest in dreadful movie Love Actually, and a lovable but gormless dad in a series of dreadful BT adverts. He also plays a detective in the Bahamas or something in some TV drama. I've never watched it but I'm going to assume that his character's also lacking in the 'gorm' department. Kris Marshall would have been the most uninspired choice imaginable for Doctor Who. Cosy, safe, skinny, white, male, predictable. The fact that his was the most prominent name in the 13th Doctor casting rumours is the most compelling argument in favour of the person who was actually cast. The show, and the public perception of the show needs a kick up the arse, and new show runner Chris Chibnall has provided it in the form of Jodie Whittaker.

Back in 2013, when rumours surrounding the casting of the Twelfth Doctor were flying around, I objected to the idea of a woman playing the Doctor. I found the familiar masculine form of the Doctor comforting and I felt that the paternal or fraternal aspect of his character would be too important to lose. After some reflection I've changed my mind. I've heard a lot of people today saying that Doctor Who is all about change, and they're right. But it's not just about change. It's about being absolutely terrified of change and being brave enough to embrace it anyway. The Doctor does it all the time. Can we do any less? And let's face it, the show will still be about the Doctor, in the TARDIS, fighting monsters, and it always will be. Some things never change. 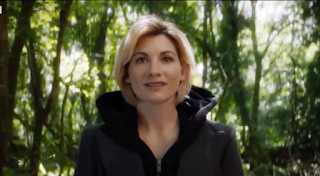