I've just returned from Sheffield Film & Comic Con 2015, and just like last year I had an amazing time and met some lovely Doctor Who people! This year I met Colin Baker (my favourite Doctor), Nicola Bryant, and Peter Purves. I've met Colin and Peter before but it was no less of a thrill this time. 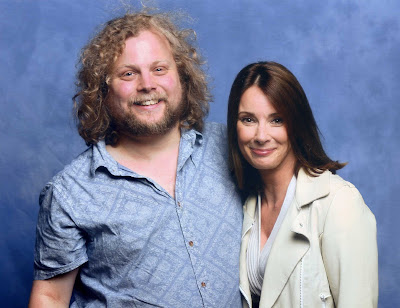 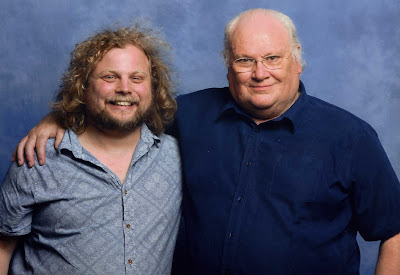 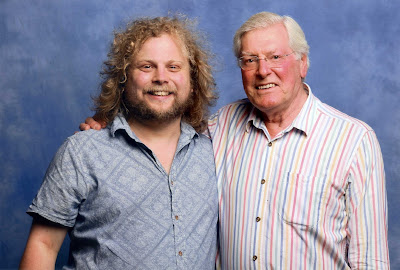 I attended a Q&A with Colin and Peter and was able to tell them how much I enjoy their work for Big Finish. I also asked Peter what he thought William Hartnell would have made of recent Doctor Who episodes. Peter said that he thought Hartnell would not have liked New Who as, like him, he would have found it hard to follow. Colin agreed that he often found New Who's plots hard to follow, despite being a fan of complex drama such as Twin Peaks. Peter added that he thought Hartnell would have liked Big Finish, and then both he and Colin spoke highly of the quality of the scripts and production of Big Finish's audio adventures. I'm inclined to agree with them on the quality of Big Finish, and although I love New Who I agree that Steven Moffat's "timey-wimey" plots can occasionally be a bit hard to swallow.

I was also lucky enough to meet one of my favourite artists, Lew Stringer, who draws for, among many other things, The Beano and Viz. We chatted for quite a while about the perils of internet blogging, and he was kind enough to draw one of my favourite Viz characters for me, Suicidal Syd. 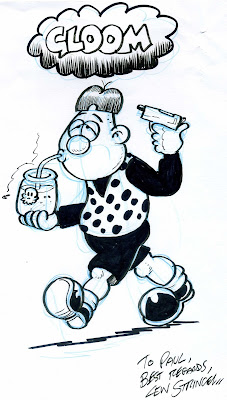 All in all a fantastic weekend!