Is Doctor Who Sexist? 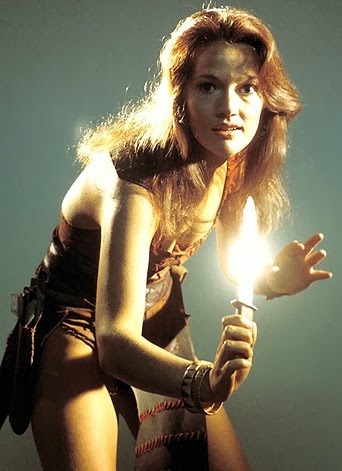 Doctor Who has been all over the place lately and I couldn't be happier. Like most people, I'm able to dismiss the negative (usually ill-informed) nay sayers and without it tarnishing my enjoyment of the programme. What has made me irate is that people are STILL trying to throw the old 'Doctor Who is sexist' argument around and complaining that the Doctor isn't female. I am a feminist and a Doctor Who fan and, if you'll indulge me a little longer, I'll explain why that isn't a contradiction.

Firstly, Verity Lambert. There, that was easy. If you don't know who she is then you have no business calling the show sexist.

Secondly, the companions. The biggest gripe people seem to have with them is that the female role has been demoted to that of an 'assistant.' That viewpoint not only conveniently ignores the fact that there have been many male companions but also immediately assumes that the Doctor is the only character having any impact, when the companions have a lasting influence on him. Without Ian and Barbara's friendship we wouldn't have the Doctor that we see today.

Okay, so Leela didn't wear many clothes but she was brave, loyal, independent and determined. Are people shouting 'sexist!' happy to dismiss those qualities because of the way she looks? Is it just me that finds that view a little narrow? Personally, it does make me a little uncomfortable when a female character is wearing fewer clothes than the male one, but that does not diminish the importance of the female role.

A similar criticism is also leveled at Jo Grant. This is the woman who outwits both the second and third Doctor in The Three Doctors. Sarah Jane Smith is beautifully disparaging towards the Fourth Doctor in this clip from  Pyramids of Mars:


Martha Jones saved the world from the Master whilst the Doctor was stuck in a cage, Rose Tyler destroyed the Daleks after the Doctor had resigned himself to becoming one of their 'angels', Zoe Heriot is a genius, Donna Noble stops Davros , Nyssa leaves the Doctor to help save another race, Clara Oswald saved Gallifrey. The Doctor values all of his companions, even bloody Adric.  So why can't we?

Then there's the Doctor himself.

A man who believes that everyone is important, a man who doesn't use violence but intellect to fight. A man who made a promise to never be cruel or cowardly and to never give up and never give in. He's clever, kind and funny and a brilliant role model for everyone everywhere. I could lament over the lack of similar female role models, but that's not what this blog post is about. My point is, what's wrong with having a brilliant role model of any gender watched by millions every week? Doctor Who certainly isn't a 'boys' programme; my niece loves it as does my son. Everybody needs a role model and gender shouldn't play a part in that, even though, sadly it does.

Watching my three year old son watch Doctor Who is as fantastic as watching Doctor Who. I would not let my child near anything that portrayed women as inferior to men. What I very much hope for is that he will watch and learn from Doctor Who for many, many years. That he will play imaginative games at school based on that week's episode, that we will spend many a Saturday afternoon making Daleks. That, as a teenager, he will reject superficial entertainment and be compassionate and intelligent enough to recognise appalling treatment of women (or anybody else for that matter) and abhor it. And that Doctor Who will have played a small part in making him that way.

This is perhaps deviating from the point a little, but, to paraphrase some northern guy, if children see brilliant television when they are young they will demand it as they get older. Doctor Who sets the tone.


I'm a Doctor Who fan and a feminist. It's no contradiction.