What If Different Actors Had Played Doctor Who? 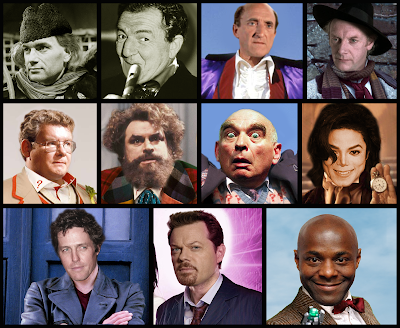 In 1963 William Hartnell became the first actor to play the lead role in the greatest television programme of all time, Doctor Who. He was followed over the next 50 years by Patrick Troughton, Jon Pertwee, Tom Baker, Peter Davison, Colin Baker, Sylvester McCoy, Paul McGann, Christopher Eccleston, David Tennant, Matt Smith, and next year, Peter Capaldi. But these actors were not the only people in line for this most coveted of roles. Many actors have auditioned for the role, many have been offered the role only to turn it down, and many have featured in casting rumours spread by tabloid newspapers and internet message boards.

Journey with me now to the parallel world of Earth 2! A world much like our own but with subtle differences. On this Earth, different actors were cast in the role of Doctor Who! Were they better or worse at the role than the Doctors of our Earth? Judge for yourself.... 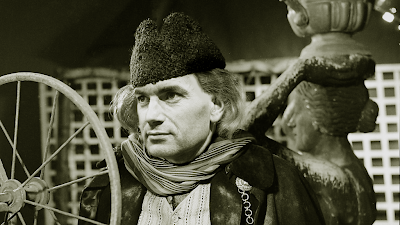 Before Verity Lambert came on board as producer for the BBC's brand new sci-fi series, Doctor Who, Rex Tucker was in charge. Tucker's choice for the role of the Doctor was his friend, Hugh David. When Lambert came aboard she had reservations about David. At the age of 38, Lambert felt that David was too young for the part. Luckily Tucker was able to convince Lambert that David was the right man for the job, and a legend was born! David played the Doctor as youthful yet wise beyond his years. His smile was charming and dashing, and yet there was a sinister, unpredictable side to his Doctor. He was initially joined in his TARDIS by his mysterious niece Susan (Carol Anne Ford) and two teachers, Ian Chesterton (William Russell) and Barbara Wright (Jacqueline Hill). The subtly played hint of a love triangle between the Doctor, Ian, and Barbara was considered quite daring for the time, but it kept viewers coming back, week after week. After three years David began to tire of the high public profile that came with the job and decided to retire from acting in order to direct. The search was on for a new Doctor.....

On our Earth... Lambert rejected the youthful David and William Hartnell was cast as the Doctor. 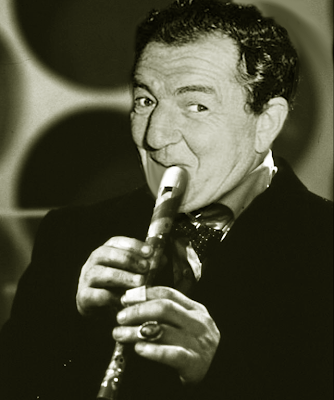 After the success of Hugh David's Doctor the BBC needed someone they knew the British public enjoyed seeing on their screens. As a result they cast former Maigret star Rupert Davies as the Second Doctor! But Davies proved to be much more than "the safe choice". He deliberately played the Doctor as the exact opposite of the laconic, pipe smoking Maigret. His Doctor was verbose, cheerful and active. His portrayal also provided a nice contrast to Hugh David's earnest heart-breaker. The Second Doctor was a huge success and Davies set the tone for the actors that followed him into the role.

On our Earth... Rupert Davies was offered the role, along with Valentine Dyall and Michael Hordern, but none of them wanted to commit to a long running series. The part ultimately went to Patrick Troughton. 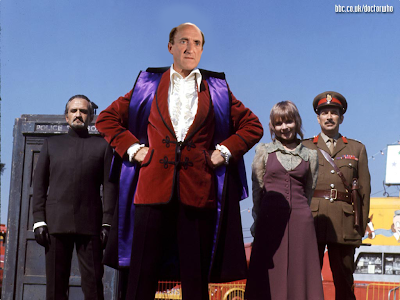 Fresh from his successful turn as Fagin in Oliver! Moody jumped at the chance to play the Doctor. Like Davies, he played against type, portraying the Doctor as a serious man of action. Moody left the role in 1979, stating "I'm having so much fun that if I don't go now I'll never leave!" He has since become one of the show's greatest ambassadors, appearing at conventions, reunions, and of course, in the long running Doctor Who musical, The Ultimate Adventure. Since 1999, Moody has been playing the Doctor once more in a series of audio adventures for Big Finish.

On our Earth... Moody turned the role down and has since admitted it's a decision he regrets. The role went to Jon Pertwee. 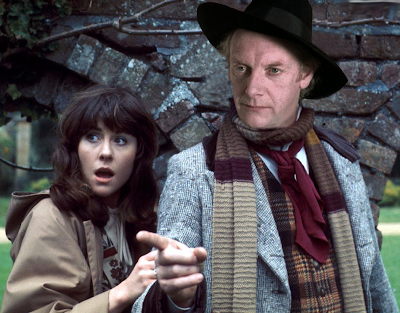 With an acting CV full of mad scientists and eccentrics, Graham Crowden was the obvious choice for the part of the Fourth Doctor. While many accused Crowden of being over the top, there was a wide eyed madness to his portrayal that viewers found irresistible. While he was initially reluctant to commit himself to a long running series, Crowden ended up staying for seven years, a decision he later regretted. "I enjoyed my time on Doctor Who of course, but staying so long was a mistake" he told Doctor Who Magazine in 1993, "I should have listened to my instincts and only stayed for one series, and then got back to my first love, the theatre." Although Crowden distanced himself from the role over the years, towards the end of his life he began to talk more often, and more fondly about the role he made his own.

On our Earth... Crowden turned down the role, only wishing to commit himself for one season. The part eventually went to Tom Baker. 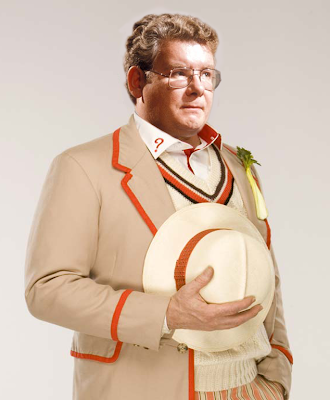 Richard Griffiths' Doctor saw a return to the more thoughtful characterisation made famous by Hugh David. Like David, Griffiths was a less active Doctor, preferring to let his companions do the dirty work. Although his Doctor was a philosophical sort of man, he wasn't always serious. Griffiths brought with him an avuncular charm and a twinkle in his eye that balanced out his Doctor's thoughtful nature beautifully.

On our Earth... Griffiths was unavailable and the part went to Peter Davison. He was considered again for the part of the Eighth Doctor in 1989, but the series was cancelled. 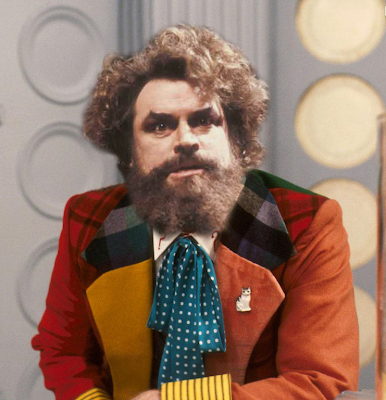 Brian Blessed's Sixth Doctor could not have been more different from the Fifth Doctor. Where Griffiths' Doctor was gentle and earnest, Blessed's Doctor was brash, aggressive, and above all, loud! Famously, when Blessed bellowed out his first line as the Doctor after regenerating, "CHANGE MY DEAR, AND ABOUT BLOODY TIME!", the walls of the TARDIS set visibly shook. Viewing figures were down during this period, and the knives were out for the show at the BBC. After an 18 month hiatus (during which time Blessed climbed Mount Everest in his Doctor Who costume for charity), the show was given one more series to win back its viewers. It failed to do so and producer John Nathan Turner was told to replace Blessed. While Blessed was enthusiastic about the role, his passion led to arguments behind the scenes, and as a result Blessed believes that JNT was only too happy to get rid of him. Despite this, Blessed remains popular with fans of the show today and has joined Moody in recording audio adventures of the Sixth Doctor for Big Finish.

On our Earth... Colin Baker was JNT's only choice for the part, but following the announcement of Davison's departure rumours appeared in the tabloids that Blessed had been given the role. 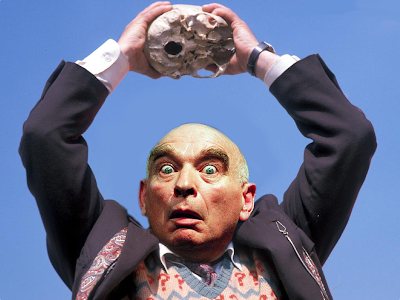 Ken Campbell's time as the Doctor got off to a rocky start. When asked to return to film a regeneration scene, Brian Blessed famously told JNT to "SHOVE YOUR REGENERATION UP YOUR BLOODY ARSE!" As a result, Campbell was made to film the regeneration scene in an enormous false beard. Campbell's sinister and macabre Doctor initially jarred with the lighter tone of Season 24, but with the darker undercurrents of Seasons 25 and 26, Campbell really came into his own. Unfortunately, in 1989, the series was cancelled.

On our Earth... Campbell auditioned for the role but his Doctor was deemed "too dark". The part went to his protege, Sylvester McCoy. 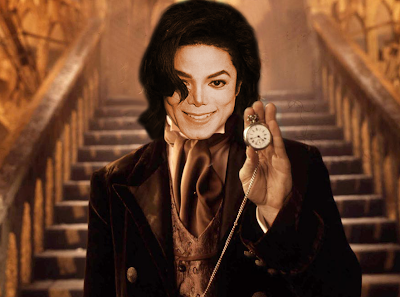 Having once been considered for the part of The Doctor in an unmade Hollywood movie in the '80s, Michael Jackson was still keen to play the part when 20th Century Fox and the BBC announced they were making a new series of Doctor Who. The Beeb weren't as keen but Fox insisted, and so Jackson became the Eighth Doctor. A TV Movie was made, but it was never picked up for a series, and it's not hard to see why. Jackson insisted that the Doctor have the ability to actually transform into his own TARDIS. The final scene, where Jackson's Doctor rescues hundreds of children from the clutches of The Master with the power of song, did not go down well with hardcore fans or casual viewers. The Doctor's habit of emitting a heavenly glow while adopting a Christ-like pose attracted a large number of complaints. On the plus side, the scene where Ken Campbell regenerates into Michael Jackson recently came Number One in a Channel 4 countdown of the "Most Surreal Moments in 20th Century Pop Culture". 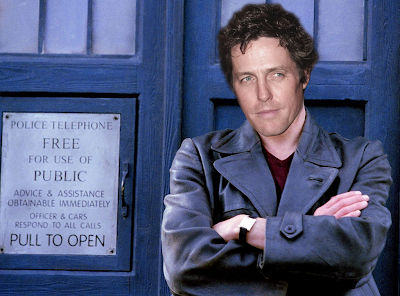 When Russell T. Davies was tasked with bringing Doctor Who back to our screens, he asked Hollywood movie star Hugh Grant to play the Doctor just on the off-chance. To his surprise Grant said yes. Grant's casting was met with a chorus of disapproval from hardcore fans, a chorus that grew louder and angrier when pop star Billie Piper was cast alongside him. Grant and Piper however, amazed everybody with their performance. Grant's youthful earnestness harkened back to the days of Hugh David and yet he also brought a raw anger to his portrayal that won over the most skeptical naysayers. Despite his fine work on the show Grant moved on after one series. He maintained that it was not the heftier Hollywood pay-cheques that had tempted him back, but rather the larger variety of roles that were now being offered to him following his innovative performance as The Doctor.

On our Earth... RTD offered the role to Grant, but Grant turned it down, thinking the show would flop. Christopher Eccleston played the Doctor. 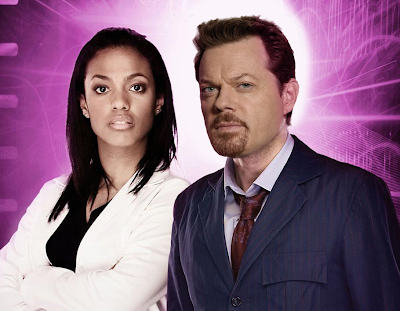 Comedian Eddie Izzard was the top choice for many fans when he was first announced, but today fandom is divided on the issue of the Tenth Doctor. Many praise his eccentric characterisation and energy, and draw comparisons with earlier Doctors, such as Rupert Davies and Graham Crowden. Others however have argued that Izzard didn't posses the acting chops to handle the romantic scenes with his co-star Billie Piper, or the Doctor's grief over his role in the Time War. Izzard also received praise for his decision to portray the Doctor as, in Izzard's words, an "action transvestite", with the Doctor's costume's growing more flamboyant as Izzard's run went on.

On our Earth... David Tennant was Russell T. Davies' choice for the Tenth Doctor, but in 2003 Tom Baker claimed erroneously that Izzard had been cast as the Ninth. 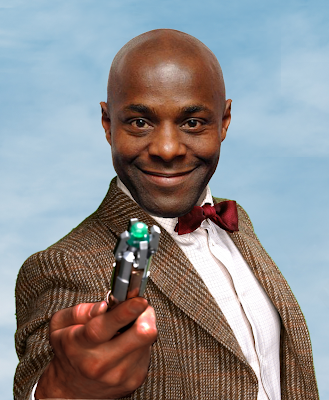 While Paterson Joseph initially caused headlines for being the second black actor to play the Doctor, he soon drew attention for no other reason than his stunning portrayal of the Doctor, considered by many to be the best. One TV critic went as far as to say (rather unfairly perhaps) "This is the first real actor to play the part since Richard Griffiths!" Joseph's Doctor was arguably the most alien the character has ever been, but he was equally adept when called on display a more vulnerable side to the Doctor, particularly during the episodes involving Alex Kingston's River Song. He also displayed the same gift for humour that he brought to his role as Alan Johnson in Peep Show. On November the 23rd Joseph will be teaming up with Eddie Izzard for a special episode celebrating the show's 50th Anniversary. Izzard will be reprising his role as the Tenth Doctor. Then on Christmas Day the Eleventh Doctor will regenerate and Joseph will be making way for the recently cast Twelfth Doctor, Daniel Rigby.

On our Earth... Paterson Joseph was announced as the Eleventh Doctor by gossip columnist Rich Johnston on Comic Book Resources, but the part eventually went to Matt Smith. Smith will be making way for the Twelfth Doctor, Peter Capaldi this Christmas. Daniel Rigby was one of the actors rumoured to have won the part before Capaldi was announced.